A first for SPARKY FILM!

We recently upgraded our main camera the SONY F5 to be able to shoot in 4K and this was the first time we shot with this higher resolution for a feature. We had been shooting all our projects in a 2k resolution up to now.

One of the big advantages of shooting in this higher resolution is it enables you to crop the image by approximately fifty percent, and you still have a full resolution traditional HD image of 1920 x 1080 to work with. This is a great tool to have in edit, especially if you choose to go in tighter on a main interview shot or crop something from the edge of frame. It also enables the editor to stabilise an image  – say on a tracking shot if there was any unwanted movement. But also, down-scaling from a 4k image to a 1080 image also looks sharper than if filmed in 1080 to start with. 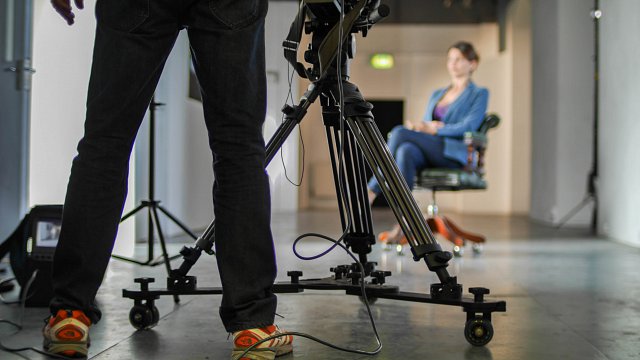 Delighted with the results

We were very happy with the outcome. We knew we had to pay special attention to focusing when shooting at this higher resolution as it is more critical and more unforgiving. Shooting with a higher F stop – with the lens closed up a little – does help make sure everything is very sharp.

Adding motion to the shots

Almost every shot used in this short piece has movement on it. We filmed it this way intentionally, and we think it looks fantastic. Pay note to the movement on the tighter talking head shots of actress Samantha Anderson, shot on a zoom lens while tracking, we think this looks amazing.

Onwards and upwards with 4k!

We see no reason not to shoot all our projects at 4k now, except perhaps on sporting events when we gather a large amount of media, but for features, it really is the way forward! Follow us on Twitter @sparkyfilm to keep up to date with what we’re doing!

Our bread and butter is top quality video promotion for corporate brands in London and beyond. Given the right ingredients, many of these films go viral for clients, providing exceptional exposure.

Learn more about Sparky Film and our corporate video production.